After our great trip to Wisconsin, we decided to go an extra two hours out of the way to go to on over to Omaha, Nebraska, to the Mormon historical site, Winter Quarters. 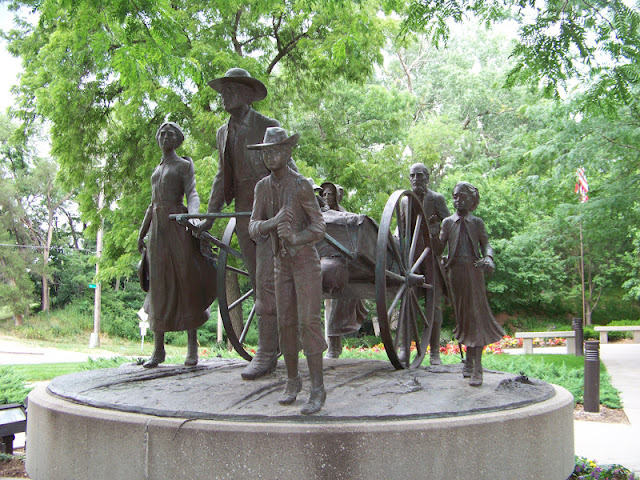 What a wonderful experience.
So much tribute to the Mormon pioneers who were forced out of Ill.
Seeking religious freedom they headed west, and 'over wintered' here, at Winter Quarters. 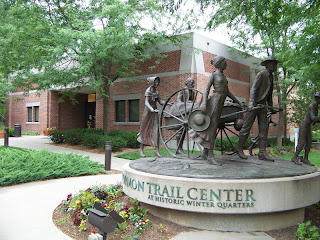 Using guidance from neighboring Native Americans, was their only hope.
Later, some went on to Utah, but many stayed behind to help others.
Always organized, they set up homes and supplies for their needs and  future travelers.
Thousands passed through here. 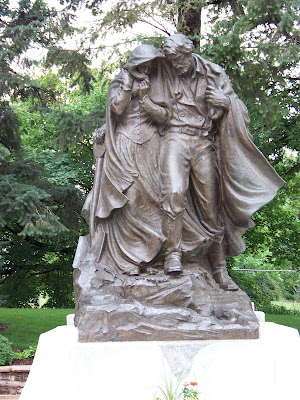 Exiled in the harsh winter, many buried their loved ones in this nearby cemertery.
Amazing any of them lived. 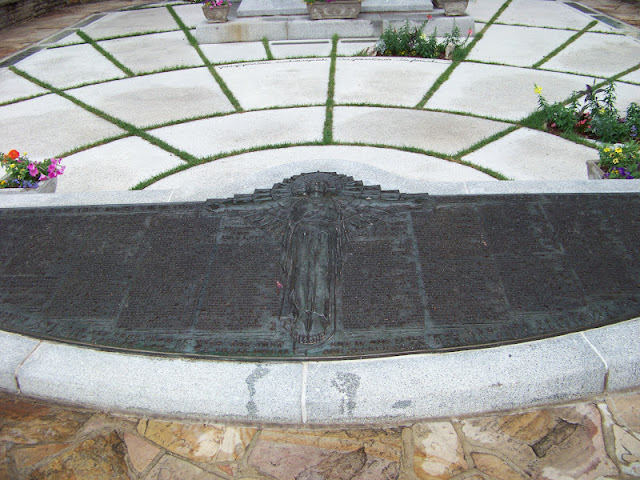 Names of those buried here. 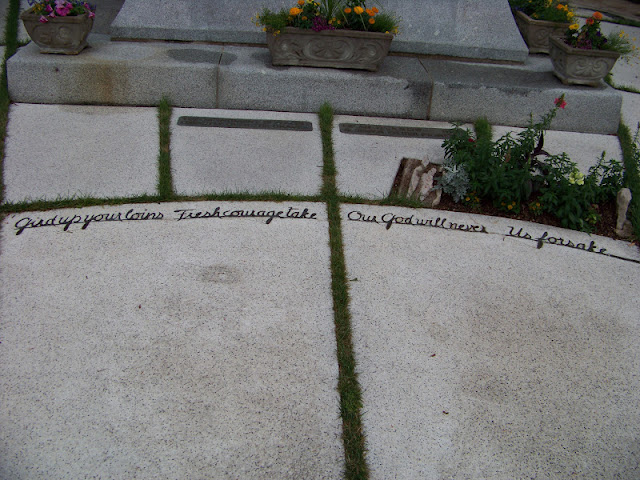 Grid up your loins, Fresh courage take, Our God will never, Us forsake 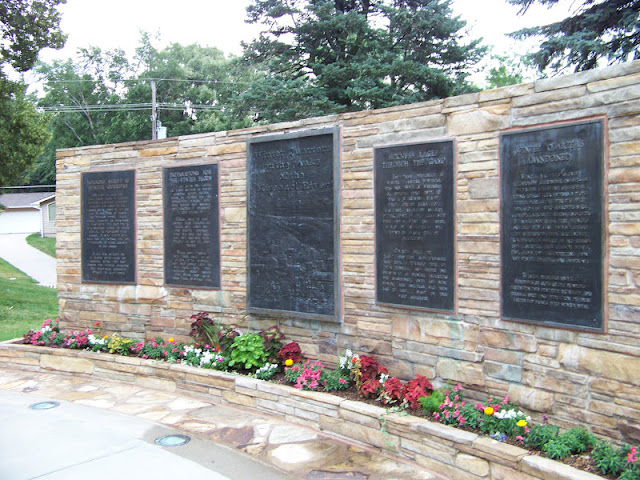 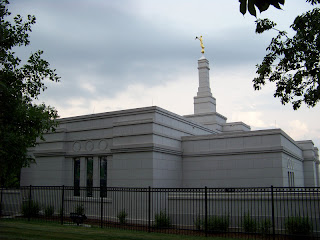 Next to the visitor's center (museum), is the cemetery, and a beautiful temple. 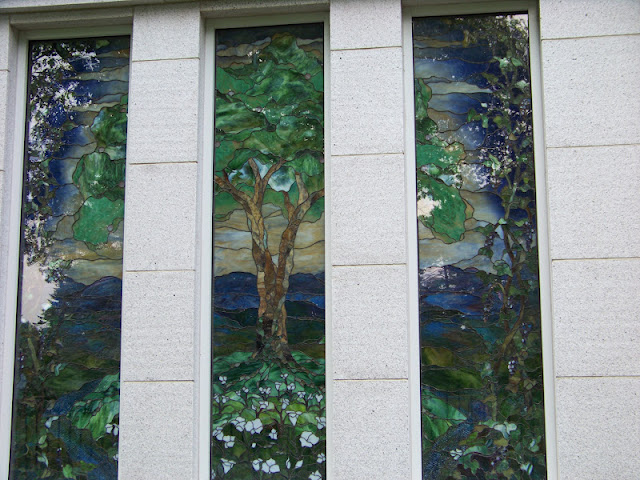 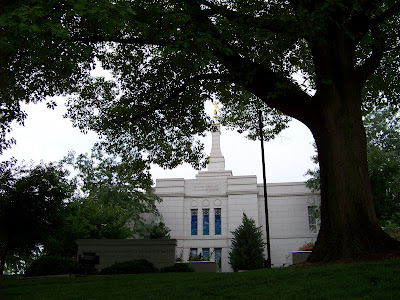 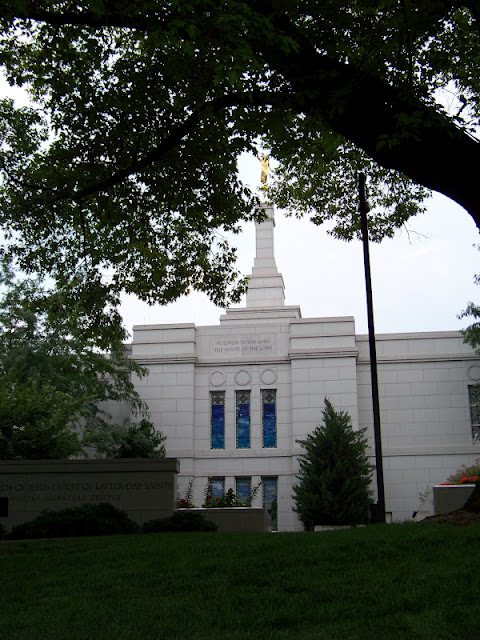 A major storm happened on our way there, the second wave coming while we were inside the museum.
But when we stepped out to go to the cemetery, it stopped.
Humid and overcast, everything was a lovely green.
We parked on the side of the road, googling for a restaurant, when suddenly what appeared??? 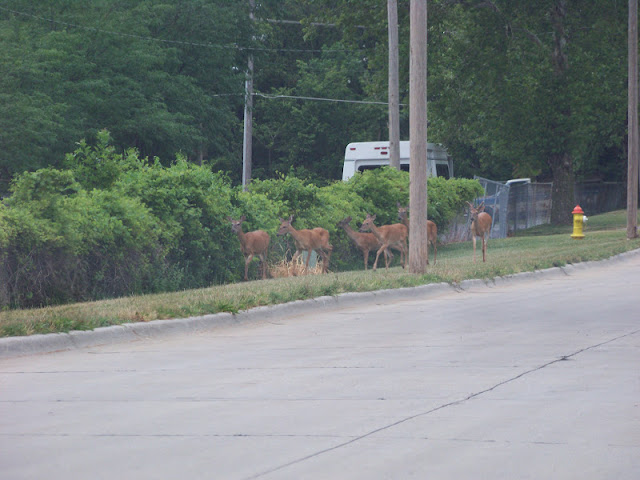 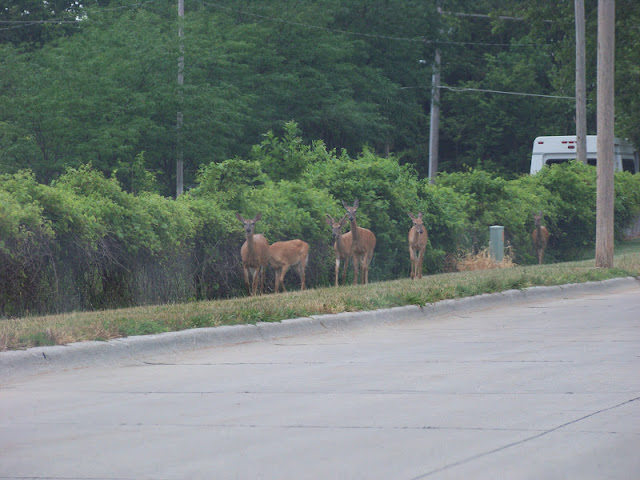 Deer!!!
They crossed the cemetery, hopped the fence, and timidly passed by us.
Beautiful.

We over nighted in Omaha, then detoured a little more to go by the hubs' mom's home place.
Dexter, Kansas.
Hubs was so happy to share this with my mom.
LilDog and I were just along for the ride:).


First we were FORCED to go to the candy store hubs went to as a kid while visiting his grandma.
I have been there before, AND meet Mr. Henry himself, before he died.
Mr. Henry created the Oh Henry bar, and they still make so much goodness on site.
I won't tell  how much we spent.
OR ATE on the way home.
MMMMMMMMMMMMMMMMMMMMMMMMMM


Then to the cemetery.
We do LOVE a good graveyard. 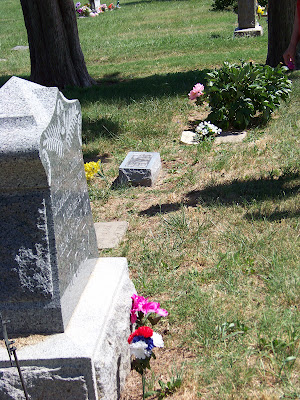 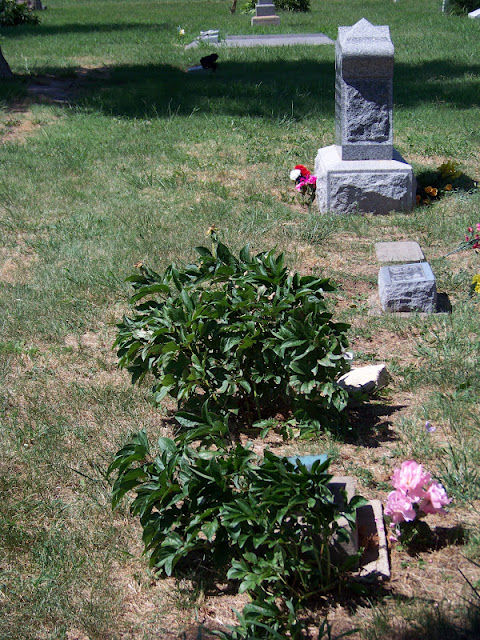 Other direction.
The plants are peonies.
We had missed their blooms.
In Wisconsin they were still in bloom.
We don't have those in Texas. :(
If I lived up north, I would have peonies.
Beautiful, beautiful peonies.)

Hubs tells stories of going asparagus harvesting from the ditches near his grandma's house.
Every time we have been we have seen NO asparagus.
This time we saw it EVERY where.
Even next to the grave stones.
And, of course, I didn't bring a shovel.  :(
But I.will.be.back.
And I will be packing (a shovel).
Got a cool spot for an asparagus bed at mom's.

This corner means you've gone too far.
Its looking back at the place.
Hubs mom, and granddad were both raised on this land.

A corral is now where the house was.
The cows were NOT impressed.
Not at all.
Hubs has so many memories of visiting his grandma here.


Of course went by the church.
Hubs parents, and grandparents were married here.
(We attended the grandma's funeral here in 1990.)

Then grandma moved from 'the farm' to 'town'.
She lived here until she went to the nursing home, then heaven.
I met her here shortly after we were married.
Two years later she passed.
I'm so glad the hubs took me up to meet her.
Very glad.
Last time we were in town, the current occupants shared some of the rose bush that was growing in the hedge row:
When this grandma moved to town she brought her mother-in-law's rose bush from the farm.
(small red cluster bloomer)
It once grew in front of the house, but being old and sickly, was cut down.
In 1988, while visiting, we asked for a cutting, but she said it was gone.

Did she know it was growing in the hedgerow bordering the property?
She didn't go outside and work in the yard then, and its on the other side of her line.
How did it get in the hedgerow?
Hmmmmmmmmm.... 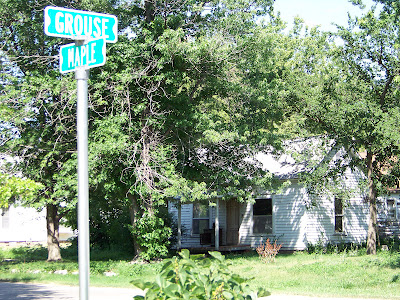 Hubs feels like the next time we go back this house will be gone.
It is in real bad shape.
But the memories will still live on.


After a great trip to see my step-kids in WI, Winter Quarters NB, and hubs maternal family spots in KS, we headed home to TX.
Tired, full, and very pleased.
Thank you, God, for the history.
MY history.
My people-my stories.
This precious time on earth.
Help me honor it.
Help me honor you in my journey.
And, again, thank you.

What a wonderful trip, Carla! The house of your hubby's grandma is so cute! You sure got some great photos! Old cemetaries are really neat. Glad you could see your own relatives resting spots there!
xoxo- Julie

I enjoyed seeing your trip Carla and I bet you have so many wonderful memories.